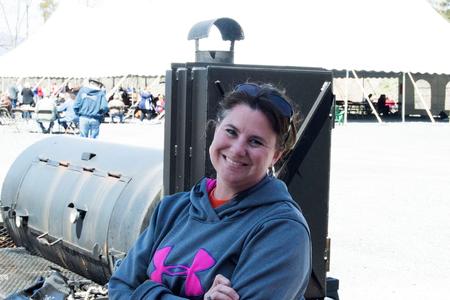 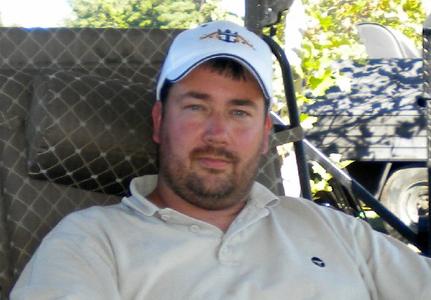 About Ruben Showalter, he is a resident of Fairfield, Virginia. He moved to Rockbridge County in 1997. Married, he and his wife Jennifer have two children. His BBQ adventure started in 1998 when his wife Jennifer gave him a BBQ Smoker for Christmas. His passion for BBQ kept growing for the next several years and in 2005 he started feeding larger crowds of family and friends. In 2007 he decided to build a large trailer-mounted BBQ pit. During the process, he decided to form a BBQ competition team and put the BBQ skills he had learned over the past 9 years to the test. The 2008 and 2009 competition seasons his team proved to be contenders on the National KCBS BBQ Circuit, winning several awards along with top ten finishes in chicken, ribs, beef brisket, and pork in the Virginia State BBQ Championships, including a 1st Place BBQ Beef Brisket Virginia State Championship in 2010. In 2010 he decided to take his passion to the next level opening Hogback Mtn BBQ with the goal of making it a premier barbecue catering company. Ruben is a ServSafe certified pitmaster and member of the Kansas City Barbecue Society, is Virginia ABC MARTS Certified, and is also a KCBS Certified BBQ Judge. He and his wife Jennifer operate Hogback Mtn BBQ also owned and operated a small bee farm with about twenty colonies of bees, and used the honey from this farm to help produce his BBQ until the catering business grew to a size that no longer allowed time for beekeeping in 2014, selling the apiaries to concentrate more on bringing quality barbecue to the people of Virginia and beyond.

About Jennifer Showalter, she is a native of Rockbridge County and a resident of Fairfield, Virginia. She and her husband Ruben have two children. Jennifer graduated from Eastern Mennonite University in 1999, in addition to being the right arm of Hogback Mtn BBQ she has also been the Rockbridge County High School Head Indoor & Outdoor Track and Field Coach since 2006. Along with Ruben she has taken up the passion of BBQ.  Jennifer is a member of the Kansas City Barbecue Society and is also a KCBS Certified BBQ Judge and is SevSafe certified.